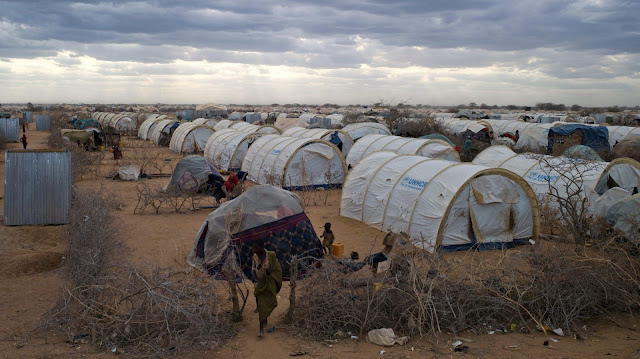 Japanese architect Shigeru Ban, known for making cathedrals and concert halls out of paper, is designing 20,000 new homes for refugees in northwest Kenya. Ban, who won the Pritzker Architecture Prize in 2014, will be working with the UN Habitat to build homes in the Kalobeyei refugee settlement in Kenya’s Turkana region. Ban, a minimalist who uses materials ranging from cardboard and paper to beer crates, is known for his work on emergency housing. He’s built DIY refugee shelters in Rwanda after the 1994 genocide and in Nepal after its 2015 earthquake2015. His paper log houses have been used in Japan, Turkey, and India. In Kenya, Ban says his goal is to design housing simple enough for residents to replicate and maintain by themselves—Kenya’s refugee population, at about 400,000, is expected to continue growing. “The key thing will be to design and construct shelter where no or little technical supervision is required, and use materials that are locally available and eco-friendly. It’s important that the houses can be easily maintained by inhabitants,” Ban said after visiting the Kalobeyei settlement last week.